Connecting With Nature: Traversing Osmeña Peak to Kawasan Falls
It has been a week since our first trek from Osmeña Peak in Dalaguete to Kawasan Falls in Badian, Cebu yet still on hype of the adventure. I actually never expected it to be that enjoyable and fulfilling notwithstanding the sweat, sunburn and muscle aches for almost 6 hours of trek. I was thinking that we will just be camping at the peak and just spend few hours of bare walk to Kawasan Falls.

Apart from the usual day hike to Osmeña Peak, we started ours late afternoon right after our work hours. From South Bus Cebu City, we reached Dalaguete Highway around 7:30 p.m. then rode motorcycle going to the foot of the mountain. The less than an hour ride to the jump-off point is already enjoyable as we passed by steep slopes and cliffs with slightly cold breeze welcoming us to the peak.
We met our guides and started our trek to the summit, which only took us less than half an hour. Fortunately enough, we have very accommodating guides who pitched our tents for the camp, cooked our food, made us laugh and even encouraged us to persevere while on trail.
Everything’s set for us to rest for the following day’s activities, but we still spent time to introduce the group to our guides and vice versa, had clearing and had some chitchat until midnight.
We woke up earlier than our wake-up call at 6 a.m. and had some photo up of the splendid mountain view of the peak and, of course, to witness the morning greeting of the Mr. Sun. As expected, we were able to see the somewhat chocolate hills mountain ranges surrounding the peak. We were even lucky to see the fog after preparing and fixing our things up and had eaten our breakfast.
At 9:00 a.m., we started embarking down towards Kawasan Falls passing by houses of locals, vegetated forest and different farm produce. We had several stops along the trek since most of the group is first-timers. We had lunch and rest for a while in a water source. 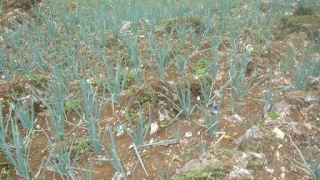 Personally, the trail is easy as some parts of it are easy to traverse and you just have to follow the road. It’s never ending laughs, talks and wonder of the spectacular view of nature around us though some areas are slippery and in loose soil caused by early morning rain and periodic rain along our way that keep us moving.
A few meters away from our end point, at Kawasan Falls, we stopped at a chapel and had buko (coconut) treat before reaching our destination.
We entered a densely vegetated forest, hearing the natural gush of the water falls while nearing unto it. Finally, we arrived at the third level of the falls at 3:00 p.m. and think no more than just to dip and swim into its cold-water. I thought the adventure ends there; we had another trek down the second and first levels of the cascading falls through slippery, steep trail.

It is already getting dark when we waited at the highway for a bus to take us back to Cebu City for another three hours.
Such a wonderful adventure and experience with the nature will definitely not be the last.
Know more about the Philippines here.

Wandering Itinerant is an adventurer who enjoys traveling, being outdoors, and everything in between. She strikes up a conversation with a total stranger. Keen on learning about cultures and customs and enjoys deep conversations. She's a believer in life that is best lived outdoors. Loves a hard hike and water exploration. Prefers a day at the beach or in the countryside. Appreciates a simpler way of living. Advocates that life should best be explored and experienced firsthand. Welcome to my page and let's wander...

When your inner child remains ageless.. 🥰🏕️👣💚💚💚
Sunday vibe #thewhitemansion #friends #foodtrip
Okay ra ni bes? @[100004714712249:Edward Gella] 😅😁
Moments 💚💚💚#4th #traveldiaries #life
In my most productive mood... Relaxing🌊😎💚💚💚
When you vary in your political choices, discuss rather than argue; or just leave it on your ballot.
%d bloggers like this: