Musuan Peak (kms away from home)

It may be ironic, but yes, I have been passing Musuan Peak 4 years of my college life without setting foot even on its base since I’ve known it to be frequented only by teachers and students when doing botanical and zoological research. It even took me several climbs in Cebu before I had one to this inverted conical shape volcano covered with lush of vegetation. The Peak is actually located at my Alma matter’s (Central Mindanao University) Zoological and Botanical Garden in Musuan, Maramag, Bukidnon. It is 4.5 km south of my home city of Valencia and 81 km southeast of Cagayan de Oro City.

Also known as Mount Calayo (Fire Mountain) or Mount Musuan, Musuan Peak is an active volcano as declared by PHIVOLCS since its eruption during the 18th Century with an elevation of 646 m ASL and base diameter of 3 km. It is one of the most favorite hiking destinations in the green province of Bukidnon considering its proximity and accessibility from the national highway. It is perfect for activities like tree planting, picnic and scenic views of Mother Nature. The Mt. Musuan Zoological and Botanical Garden of CMU serves as its jump-off point.

Eager to climb/hike or do some outdoor activities when I’m home, I tagged along my niece, who’s studying at CMU, to climb Musuan Peak as my guide since she was there before for some school activity. You don’t actually need a guide here since it has an established open, wide trail to the peak, making your hike relatively easy. You may also take short cuts if you want a more adventurous or thrilling trek, but not advisable when it rained a night before because it’s slippery.

So we headed straight to the main trail after paying P20.00 each at the entrance. While we’re going up the Peak, my niece is telling me that it has 10 turns to the summit. We literally count each corner of our turns. Lucky us, we had fair weather during the hike though it was raining days before and after that.

How can you not capture scenic views around that only nature can paint? This is why the supposed 30-minute trek doubled. We rest on the sides of the trail a few times, but the sights down below and the varieties of creatures and trees especially the pine trees around became more interesting as we got higher. 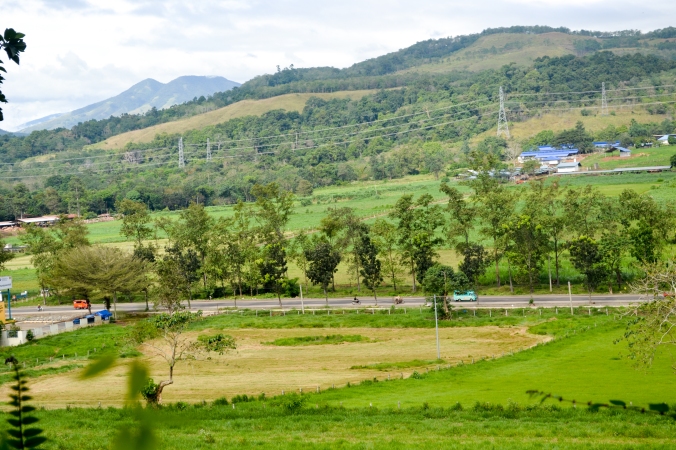 The vast rice fields and mountains are already visible though we were still halfway through our trek. Then we reached the view decks and tower, giving us a panoramic view of Pulangi River snaking through the expansive lands of the province.

Trekking is more fun, easy, convenient and breathtaking as we reached the peak. The Peak is just great for the overlooking view of the province’s natural resources. From the viewing decks atop, the countryside is very visible with Pulangi River on one side, Mount Kitangland and its neighboring mountains on the other, and the surrounding rich, green plateaus, mountain ranges, and valleys.

We then descended through a pathway with concrete steps leading us to two huts. We rested at one of them and indulged while gasping the fresh air and ambiance.

After less than an hour, we decided to go down before the somewhat gloomy sky pours down rainfall. We also explored the botanical and zoological garden and saw these:
Mission accomplished, I should say, since I have been longing to climb Musuan Peak. 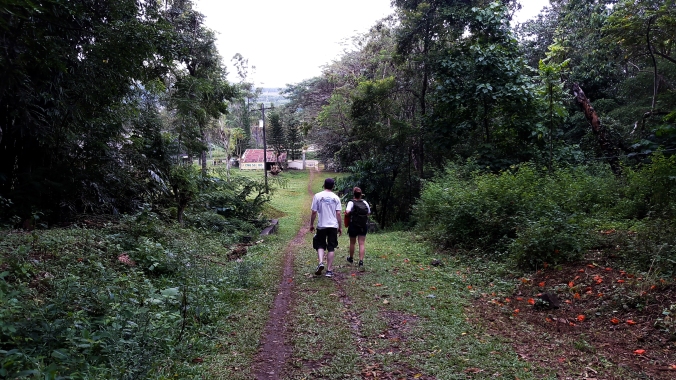 How to get there:

•    From Poblacion Valencia City, take a multicab bound for Musuan parked at the old terminal.
•    From Cagayan de Oro City, go onboard any bus bound for Tacurong, Damulog, Davao, Kadingilan, Banisilan, Wao and Kabacan Kibawe at Agora Terminal.
•    From Davao City, get a bus ride bound for Valencia City or Cagayan de Oro City.
•    Just instruct the conductor or driver to drop you at the entrance of Musuan Peak.
•    Pay the entrance fee of Php 20.00, as of this date of writing, and you are good to hit the trail.

The budget here depends on where you are coming from.
*Note:
Make sure you have enough water and food, first aid kit in case of some injuries, and stay hydrated. Be always reminded of every hiker or traveler’s creed to take nothing but picture, leave nothing but footprints and kill nothing but time.
Thanks for reading and ‘til my next wander everyone.
Also read: Why Philippines Should Be Your Next Destination?
7.870599 125.069098
Musuan Peak, Maramag, Bukidnon, Philippines

One thought on “Musuan Peak: The 10-Turn Day Hike”

Wandering Itinerant is an adventurer who enjoys being outdoors and spends time being active. A risk taker who strikes up a conversation with a total stranger. Has passion for getting to know the locals and their customs. Always up for any challenge. A believer of life that is best lived outdoors. Loves a hard hike and water exploration. Prefers a day at the beach or into the countryside. Appreciates a simpler way of living. Keen on learning about cultures and customs and enjoys deep conversations. Advocates that life should best be explored and experienced firsthand. Welcome to my page and let's wander...