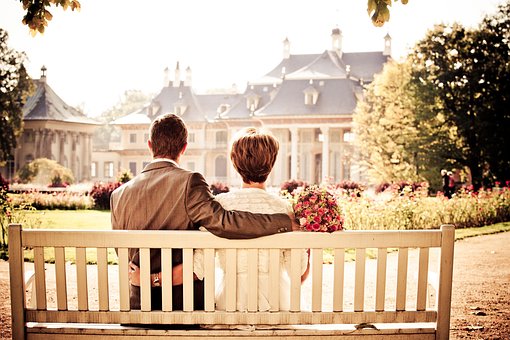 One lazy afternoon, I browsed my laptop’s folders and found a blog, read it, and realized I was actually thinking about marriage years ago as I was able to create a love story about a successful second marriage. Here it goes…

Oftentimes I got praise from my husband telling me that he never knew true love until he experienced it with me. He even calls me one of the most perfect creations of God. He confessed that I am his true love and will always be like that until we both get old.

Every time I can remember the very first time we met at the school, I always giggle. I was 14 at that time and he was one year ahead of me. He plays basketball at school and keeps an eye on me whenever he saw me watching his game. I can still remember how I reacted when he uttered the word “Hi” to me in the middle of the court with his team around him. I know my face turned red when he said that. I can still picture out how everybody teased us. We became friends throughout high school, though we never really dated.

We lost communication during college and bump each other again in a coffee shop a year after my graduation. I was with my mom that time, while he was with a woman. As he passed through us, the feelings I had for him during my high school years returned. What I heard about him recently is that he is already married although I haven’t seen a wedding ring on his finger.

After a month, we met again at the same coffee shop, but this time we both have no companies. We chatted for almost 2 hours and there he told me everything about his life after high school. I learned that he and his wife are already divorced for a year and they do not have a child. I told him that my husband died in an accident 10 months after our wedding. We then regularly see each other after that meeting.

We regularly communicate and exchange ideas until such time that he courted me. It was 5 months after our relationship when he asked me to marry him. I knew right there and then that I love him so much so I immediately gave him a positive answer though behind my back I’m thinking of whether or not it will become a successful second marriage.

We tie knots and now living a successful second marriage for 25 years.

This is contrary to what they say in this modern world of technology that second marriage is often associated with a gold digger or a mistress-turned-wife scenario. There are also cases when marriage becomes successful the second time around.

4 thoughts on “A Love Story of a Successful Second Marriage”

Wandering Itinerant is an adventurer who enjoys traveling, being outdoors, and everything in between. She strikes up a conversation with a total stranger. Keen on learning about cultures and customs and enjoys deep conversations. She's a believer in life that is best lived outdoors. Loves a hard hike and water exploration. Prefers a day at the beach or in the countryside. Appreciates a simpler way of living. Advocates that life should best be explored and experienced firsthand. Welcome to my page and let's wander...

When your inner child remains ageless.. 🥰🏕️👣💚💚💚
Sunday vibe #thewhitemansion #friends #foodtrip
Okay ra ni bes? @[100004714712249:Edward Gella] 😅😁
Moments 💚💚💚#4th #traveldiaries #life
In my most productive mood... Relaxing🌊😎💚💚💚
When you vary in your political choices, discuss rather than argue; or just leave it on your ballot.
%d bloggers like this: